Mistakes in the geometry can cause

This article lists common geometry mistakes and their solutions.

Mistakes usually leading to an error

Small imperfections in the point coordinates can lead to:

‘Fix’ using Structure verification (not recommended because not so effective)

The procedure on how to use the Structure verifcation can be found here. BUT ‘Fix’ is in parentheses because this function isn’t so effective in solving the core issue.

Mistake 2. Wong modelling of a thicker part in the foundation slab

, because it creates two plate above each other. You can see this in the ‘shadow’ that appears above the thickenings when you zoom in and out.

They should be modelled as a plate 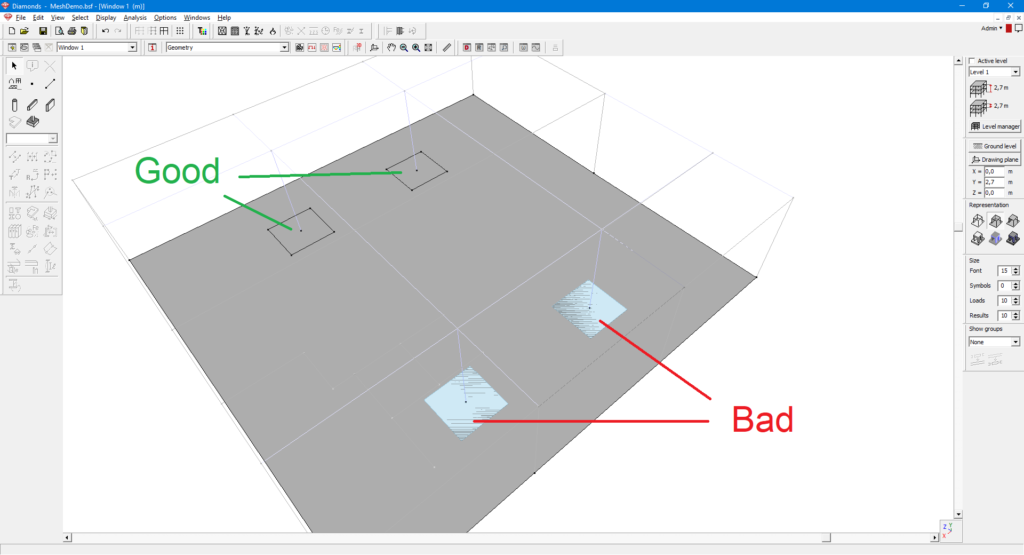 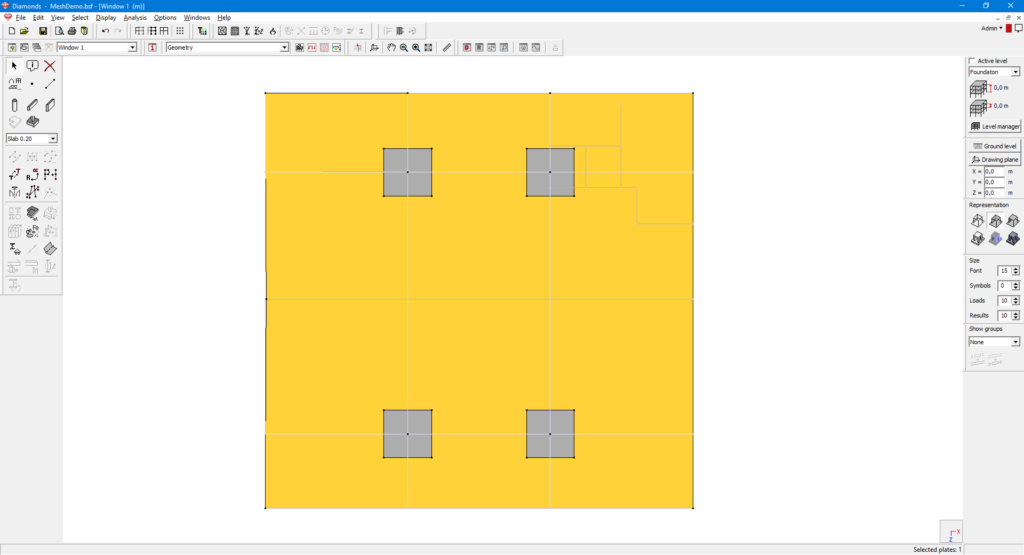 A floorplan can contain lines in order to define line loads. When lines nearly intersect, the mesh must pass in the space between them. That creates difficulties. It is better to make the wall 10cm longer so that the plate is cut in two plates. 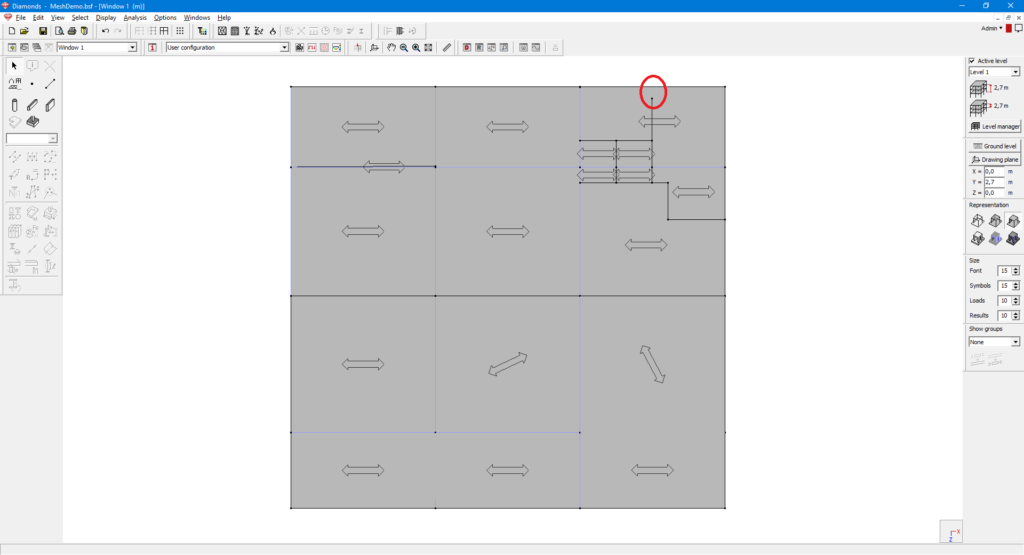 Mistakes usually not leading to an error, but lead to poor quality results

Mistake: Points and lines with no purpose

The model contains points, lines and/or subdivisions that have no purpose. Their presence will affect the mesh a in bad way. 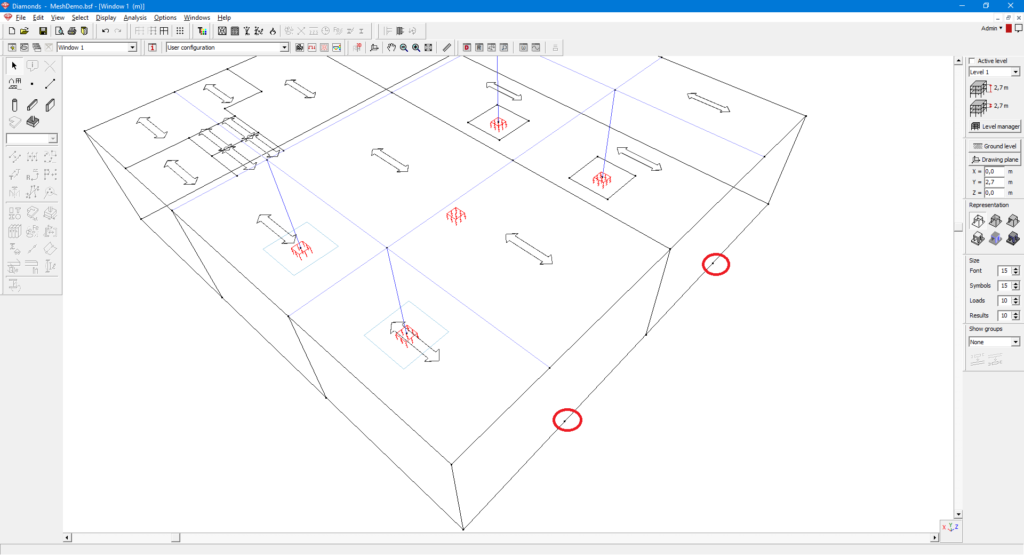 Mistake: The floorplan is too detailed
Don’t overdetail the floorplan. Especially in larger models ( = building with multiple floors, like an appartement building). Too many details cause and irregular mesh and increase the calcation time. In addition, they are hard to remove if they cause trouble. 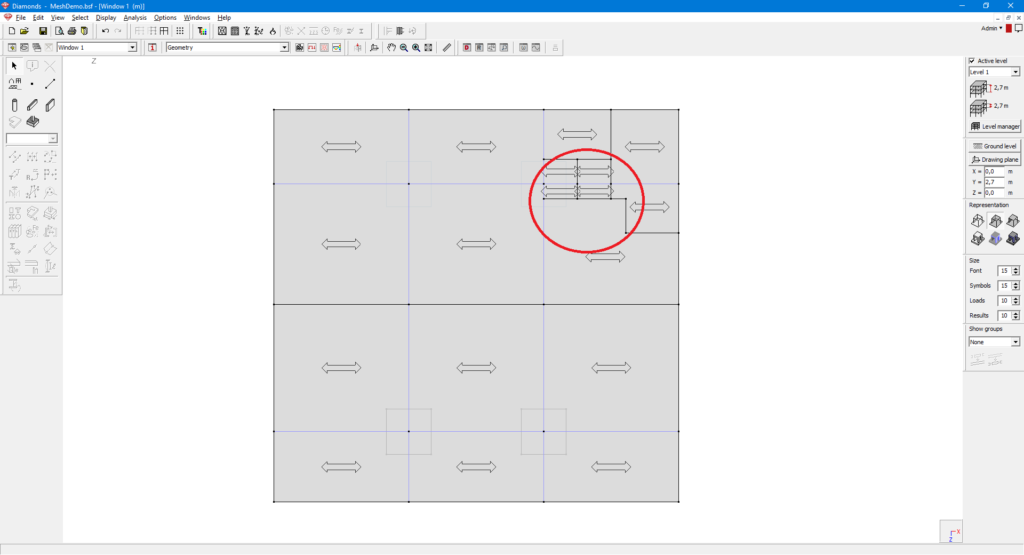 Was this article helpful?

STAY UP TO DATE! SIGN UP FOR BUILDSOFT NEWSLETTER »