In order to understand why it is not possible to model a cable in Diamonds, you should know the difference between a cable and a beam. Well, we’ve added a small example to illustrate the difference.

A wet sweater (5kg ≅ 0,05kN) is hanging on a steel string which spans 5m. What would happen if we’d consider the the string as a beam and as a cable? 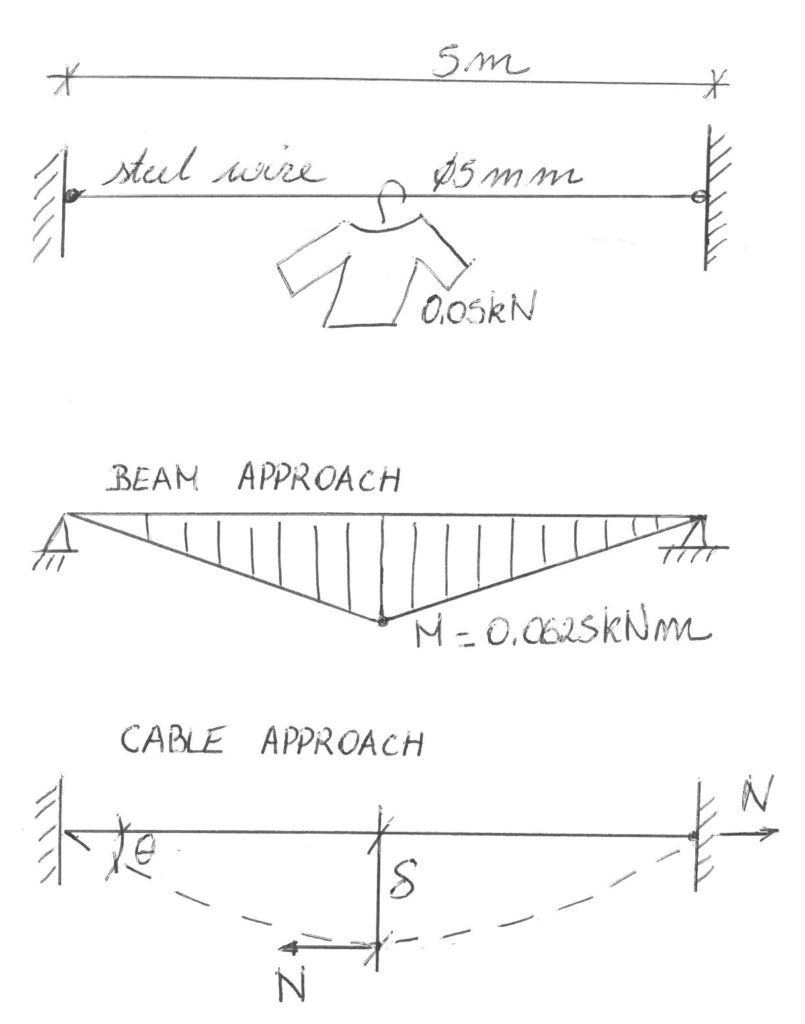 If we would consider the string as a pinned beam, the bending moment would be

That seems small. But the string is only 5 mm in diameter (section modulus W = 12,27 mm³). This means that in order to carry the weight of the sweater, the string should withstand the stress

Only 20 times more than S235 steel… We wonder were that gigantic strength is hidden. And yet it works…

The above example is a typical linear approach to a problem. Perhaps you noticed that we avoided the topic ‘deflection’. In the beam-approach the deflection

Think how much the string would have to elongate to deform that much (5m string deflecting 20m?!?). This question brings us closer to understanding nonlinear geometry… where large deformations theory is being used.

The string cannot elongate 20m as linear approach suggests, but it will elongate some for sure. This elongation will cause a tensile force in the string. In turn, this tensile forse will stabilize the structure, reducing the deflections. Using literature, we can approach the tensile force and resulting stresses, deformations:

Was this article helpful?

STAY UP TO DATE! SIGN UP FOR BUILDSOFT NEWSLETTER »